Saint John Paul II dedicated his life to seeking “the way that leads to the love of God”. A model of pastoral life and spiritual guide for millions of the faithful; as a world leader he served the cause of peace and human freedoms. 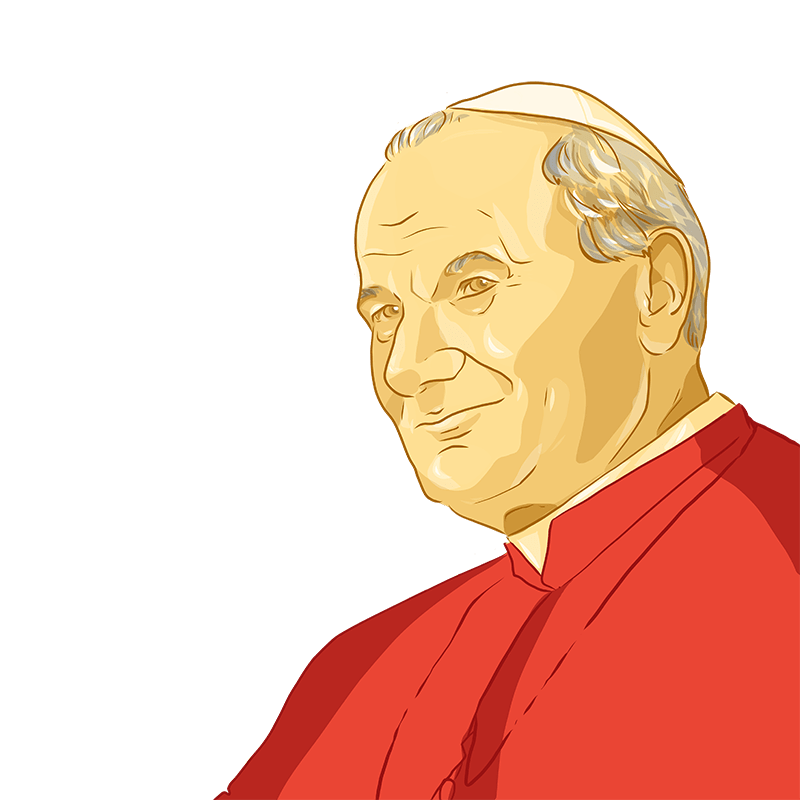 John Paul II created World Youth Day (WYD) in 1984 with the aim of reaching new generations of Catholics. Since then, this celebration of youth has gathered and encouraged millions of young people from five continents.

But who was Saint John Paul II?

Karol Wojtyla was born on 18 May 1920 in Wadowice, Poland, into a Catholic family.

After being ordained a priest, he was immediately sent to Rome to finish his doctoral thesis. It was during his stay in Rome that he came into contact with the pastoral work of the JOC (Young Catholic Workers), and he understood that the priesthood is closely linked to the pastoral work and apostolate of the laity.

Appointed Bishop of Krakow at the age of 38, he took part in the Second Vatican Council, to which he actively contributed by drawing up conciliar documents.

After the death of Pope John Paul I, at the age of 58, Karol Wojtyla was elected Pope and took the name of John Paul II.