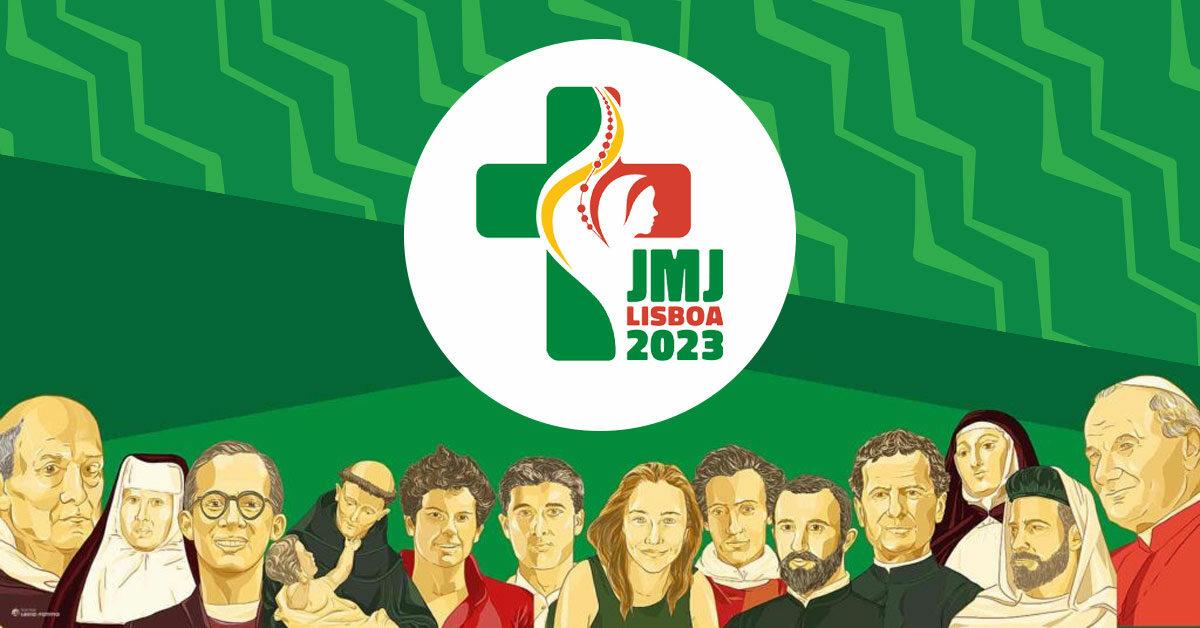 The patrons of World Youth Day in Lisbon were announced on 18 May.

Saint John Paul II, to whom the initiative of the World Youth Days is due, is one of the patrons of this Day. Considered the Pope of the young, Saint John Paul II brought together and encouraged millions of young people from the five continents. He strove to reach out to young people through dialogue; inviting them to recognize their important place and mission within the Church. His activity in favour of peace, interwoven with the search for dialogue with the great religions – in particular with Judaism and Islam – gave a new impetus to the ecumenical journey.

St. John Bosco, whom St. John Paul II declared “Father and Teacher of Youth,” will also be patron of WYD Lisbon 2023. Don Bosco’s legacy began with a Hail Mary prayed together with Bartholomew Garelli, a 16-year-old orphan, in the sacristy of the Church of St Francis of Assisi in Turin in 1835. After this meeting Don Bosco gathered the first boys and organised the festive oratory, which would later become the Oratory of Valdocco. Margaret associated herself with her son’s mission and left with him for Turin, becoming “Mother Margaret” for the boys at the Oratory. Don Bosco founded oratories, youth centres and schools, he dedicated himself to the good press and the missions. He also founded the first houses around Turin to which new vocations continue to come. Throughout his life Don Bosco was courageous, optimistic, capable of inspiring and involving many in his educational and pastoral work.

We can also count on the protection of St. Vincent, deacon and martyr of the fourth century, who, as patron of the diocese, will welcome all.

As it will take place in Lisbon, the Day will have the support of some Lisbon saints, who left from here to proclaim Christ. We speak of St. Anthony, born around 1190, who later, as a Franciscan, would go to Morocco and then to Italy, converting many people to the Gospel that he lived and preached. He died in Padua in 1231 and a year later he had already been canonised, such was the certainty of his sanctity.

Centuries later, Saint Bartholomew dos Mártires, Dominican and Archbishop of Braga, also left Lisbon. He left for Trent, taking part in the last phase of the Council (1562-63) that wanted to reform the Church, bringing the shepherds closer to the sheep, as the Gospel requires and as Pope Francis insists so much. St Bartholomew was decisive in this sense and still motivates us all today.

St John of Brito, a young Jesuit from Lisbon, left for India to proclaim Christ. Unstoppable in the proclamation and in the difficult journeys, dressing and speaking in order to reach all groups and classes, he was martyred in Oriur, in 1693.

Some Lisbon Blesseds will also accompany all the young people who will take part in World Youth Day in Lisbon, namely: Joanna of Portugal, daughter of King Afonso V, who being able to have been queen in various kingdoms of Europe chose to unite herself to Christ and the passion of Christ, leaving for the cloister at the age of nineteen; João Fernandes, a young Jesuit, who was martyred off the Canary Islands while on his way to the mission of Brazil; and Maria Clara do Menino Jesus, a young aristocrat born on the outskirts of the capital, who, having been orphaned at an early age, decided to be a “mother” to the destitute and founded a religious congregation dedicated to this cause, the Franciscan Hospitallers of the Immaculate Conception.

The Lisbon edition will also feature other Blessed who, like the Mother of Jesus, have also departed. An example of this is Blessed Peter George Frassati, who, until his death in Turin in 1925 at the age of 24, touched everyone with the dynamism, joy and charity with which he lived the Gospel, both climbing the Alps and serving the poor.

With the same youthfulness and generosity we have Blessed Marcel Callo, born in Rennes and who died in the Mauthausen concentration camp in 1945. He was a boy scout and a member of the Young Catholic Workers, and when, at the age of 22, he was called to do obligatory work in Germany, he left there, intending to continue his apostolate. His convictions led him to be taken to the concentration camp where he died.

We can also count on the protection of two blessed young people who also “departed” even when illness immobilized their bodies. Blessed Chiara Badano, a young focolarina, was identified with Christ abandoned on the Cross when at the age of 16 she was struck down by illness. She died two years later, in 1990, always radiating a luminous joy. Blessed Carlo Acutis, who died of leukemia in Monza at the age of 15, is also called to bless the youth on this Day. His short life was filled with great devotion to Mary and the Eucharist, which his skill with a computer allowed him to spread, even during his illness. He made of his suffering an offering and left happy.

The patrons of WYD Lisbon 2023 have shown that the life of Christ fills and saves youth. They are an example for all of us, we count on them, we leave with them and we want to live this World Youth Day with them! 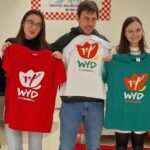 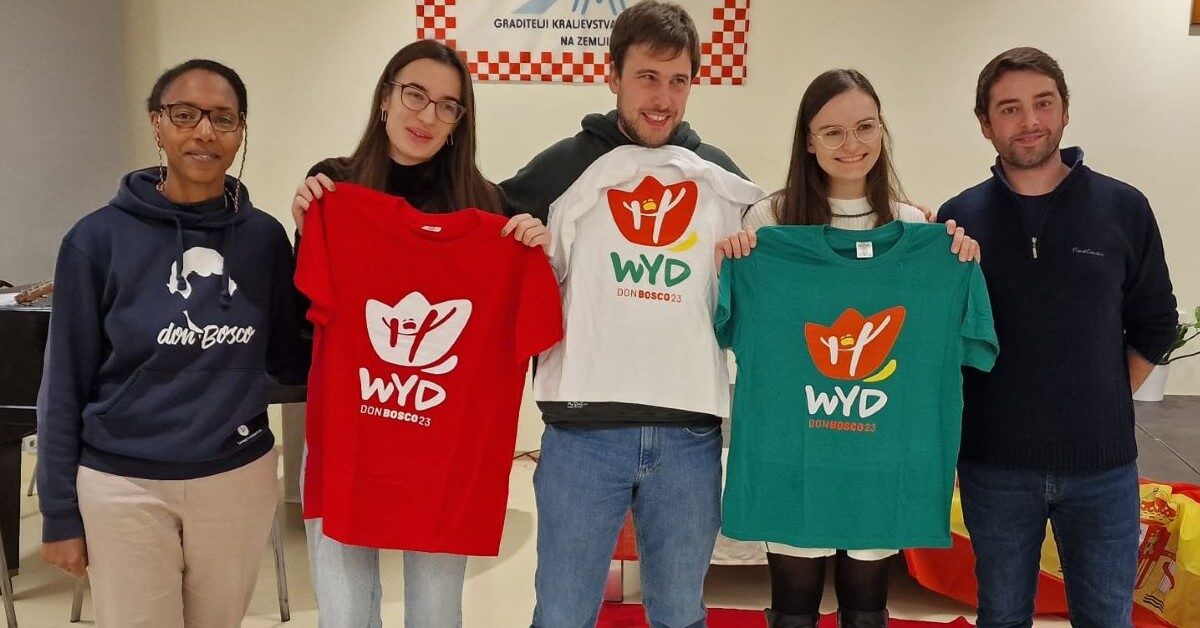 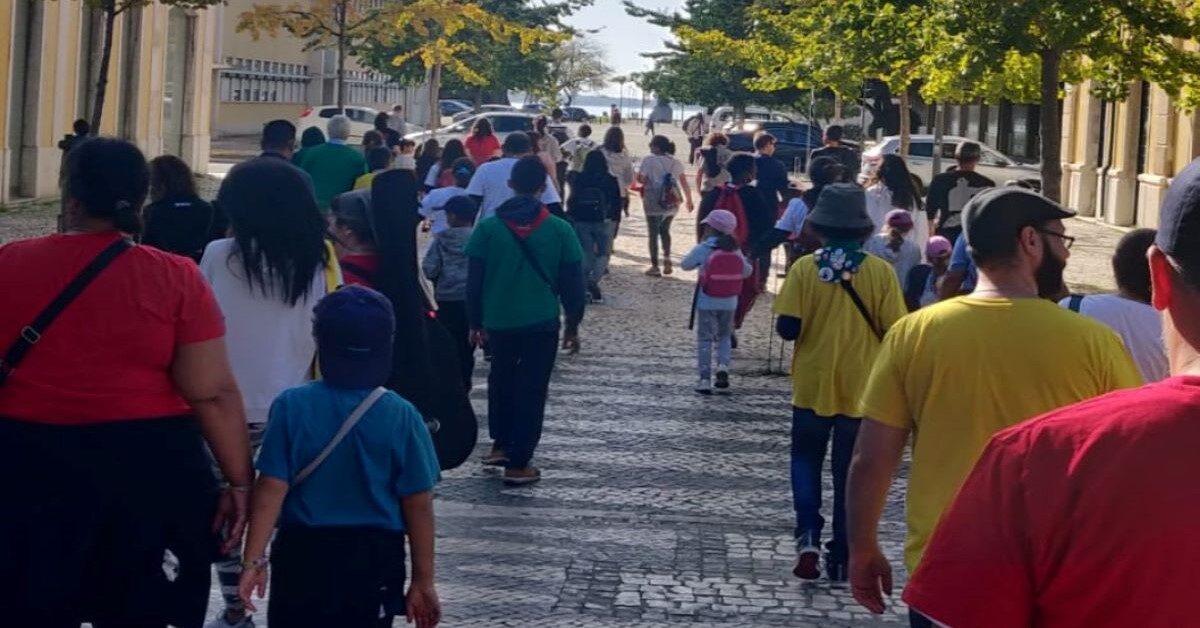