Declared “Father and Teacher of Youth” by Saint John Paul II, Saint John Bosco dedicated his life to the teaching and formation of young people, particularly the poorest and most marginalised. 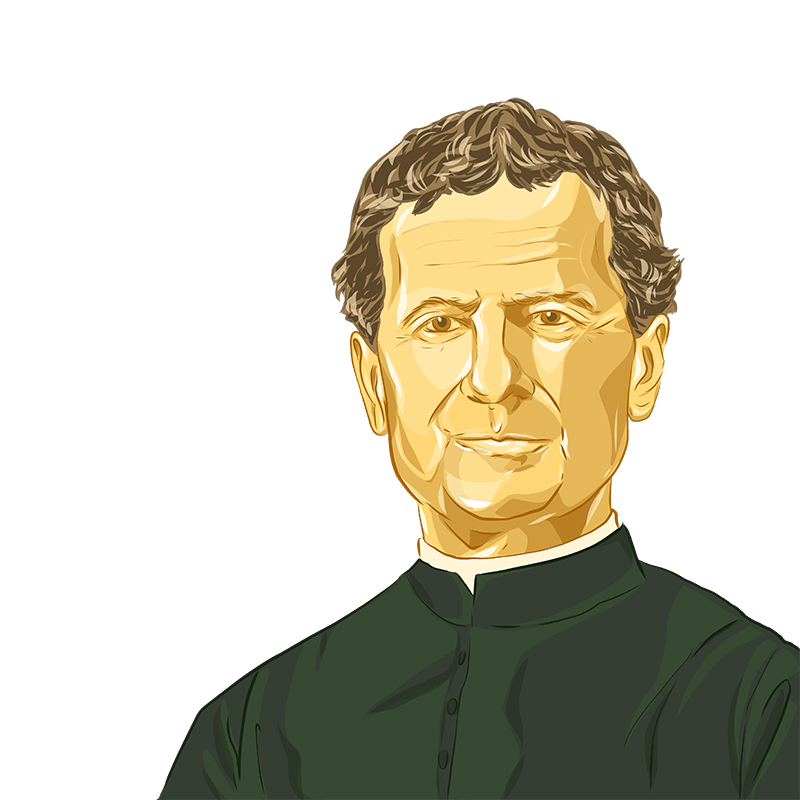 St John Bosco was born in Becchi on 16 August 1815. He soon felt the desire to become a priest and the dream he had at the age of nine revealed what his mission would be: “Become humble, strong and robust”, a lady as bright as the sun told him, “what you see happen to these wolves who become lambs, you will do to my children. I will be your teacher. In time you will understand everything”. This was the anticipation of an extraordinary educational and pastoral vocation.

In 1835 John Bosco entered the seminary and in June 1841 he was ordained priest, choosing as his life programme “Give me souls and take the rest” (Da mihi animas, cetera tolle).

On December 8, 1841, in the sacristy of the Church of St. Francis of Assisi in Turin, Don Bosco met Bartholomew Garelli, a sixteen year old orphan.
Don Bosco’s legacy had thus begun.

In 1859, with the help of Pope Pius IX, the “Pious Society of St Francis de Sales” was born, a congregation that aimed at the salvation of youth, combating all forms of poverty and working under the motto: “Give me souls and take the rest”.

St John Bosco dedicated his life to the service of youth. Having proposed the “Preventive System” to his educators, he presented it in the following way: “Be with the young, avoid sin through reason, religion and kindness. Become saints, educators of saints. May our young people feel that they are loved”.

Throughout his life Don Bosco was courageous, optimistic, able to infect and involve many in his educational and pastoral work.