The daughter of King Afonso V and Isabel of Avis, and sister of the future King of Portugal, John II, Jeanne was born on February 6, 1452. 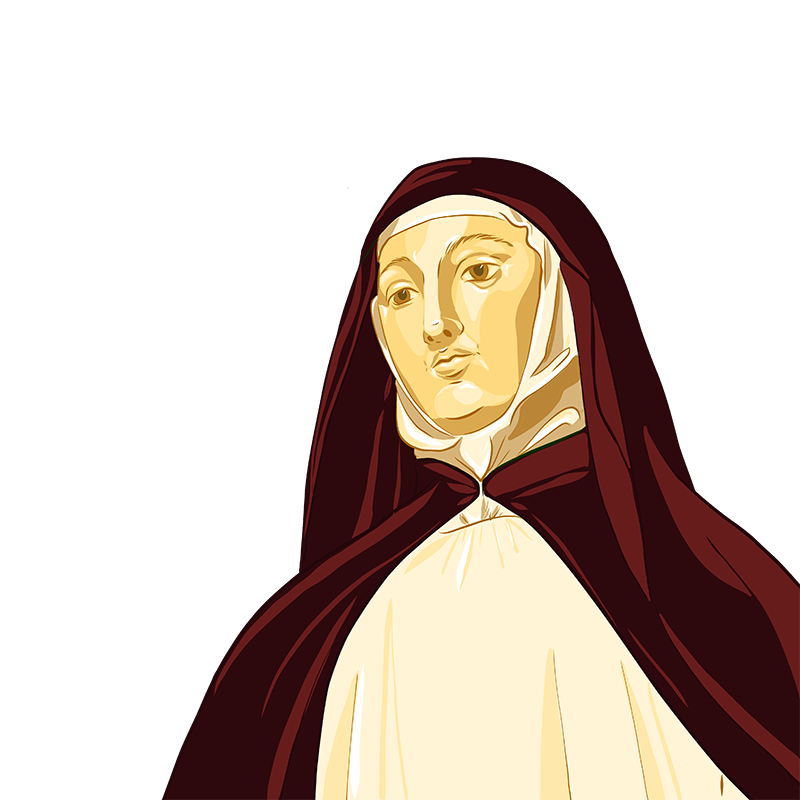 She could have been queen in several kingdoms in Europe, but Joana preferred to be united to Christ and to the Passion of Christ, and she left for the cloister at the age of 19. She died in Aveiro, in the Dominican nuns’ convent, in 1490.

Although she has not yet been beatified, everyone calls her Saint Jeanne the Princess, and this Blessed invites us to radical choices!

Very beautiful, Jeanne cultivated the highest Christian virtues, disguising the sacrifices she practised. Full of compassion, she rolled up her sleeves to give bread to the hungry and clothes to the ragged.

Although everyone saw her become Queen of Portugal, Joan rejected all the suitors, for she was determined to give herself to Christ alone. After her father’s permission, Joana retired to the Convent of Odivelas, and later to the Convent of Jesus in Aveiro. Being a royal princess and potential heir to the throne, it was not possible for her to profess the religious vows of poverty, chastity and obedience, but she wore the religious habit and lived as a Dominican novice.

Illness did not spare her, leaving her bedridden. She died on 12 May 1490, aged 38, clutching a crucifix and surrounded by the sisters of her community.

Because she always had a great devotion to the Passion of Christ, Blessed Joan is always represented with a crucifix in her hand.

In 1693, she was declared Blessed Joan of Portugal by Pope Innocent XII, and later, in 1965, Pope Saint Paul VI proclaimed her special patroness of the city and the Diocese of Aveiro.